After being trolled by his daughter, Kody Brown of Sister Wives has managed to acquire a TV personality status on Google search.

Kody Brown rose to popularity after making his appearance on Sister Wives, acquiring a “TV personality” status. However, much to his chagrin, the search engine giant recently changed his status.

To recall, his original description was “TV personality”. However, it was changed recently. Many deem his new description a demotion, of sorts.

As expected, viewers of Sister Wives find this hysterical. Within the Brown family, the identity of the women he married was that they were Kody’s wives.

Ironically, Kody’s identity on the world’s most powerful information resource, Google shows him as the man Christine Brown divorced, turning the tables on the Sister Wives patriarch.

Much to his delight and relief, Kody finally managed to get his original “TV Personality” description back after Google corrected his status. In other words, he is no longer Christine’s ex-husband as per his description.

Although he will remain her ex-husband, that will not be the reason he is famous. Kody’s 20-year-old daughter Gwendlyn Brown was the only family member to share about this staus.

She lightly trolled her dad by posting a screenshot of the search result to her Instagram Stories. However, both Kody and Christine remained mum. 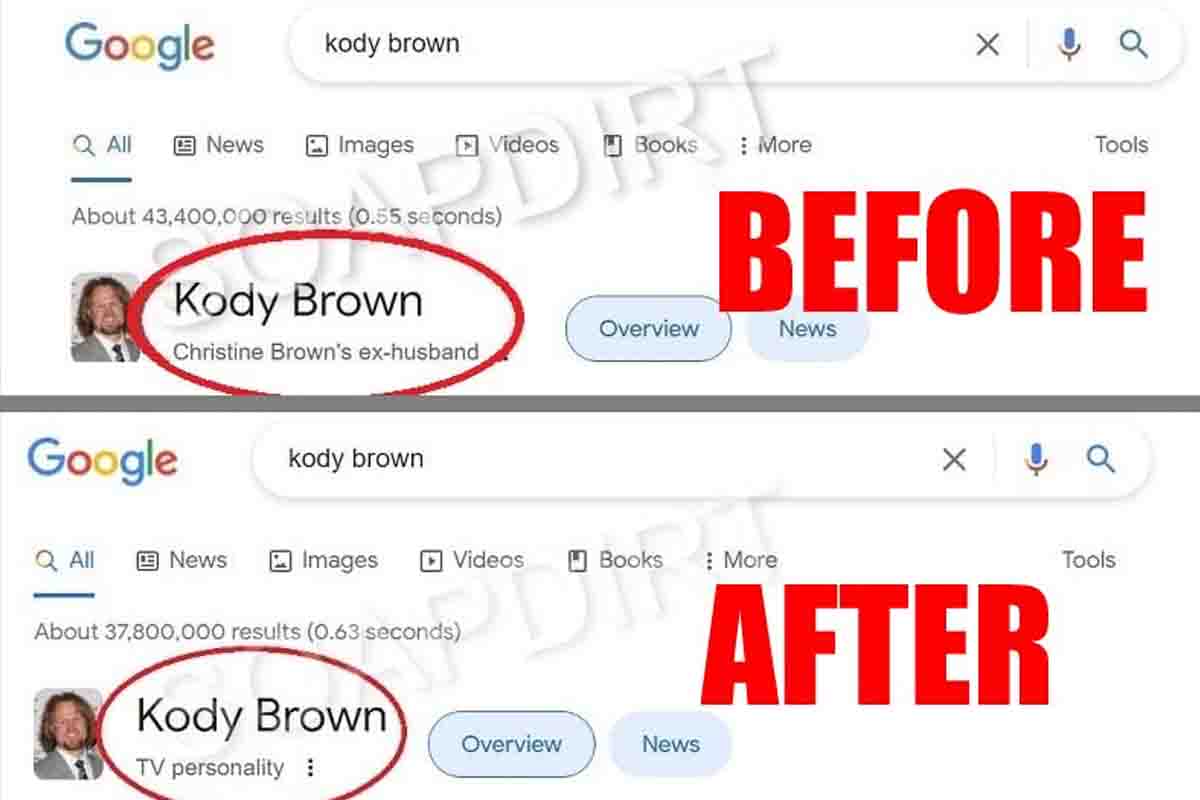 According to Google, the algorithm of the Google Knowledge Graph gathers information from public sources. Considering several sites have covered Kody’s split from Christine, the AI could’ve acquired the information from these articles.

There is a possibility that Kody requested Google to update its knowledge panel. What are your thoughts on this? Let us know in the comments section below and watch this space for the latest reality TV news and updates.