‘Sister Wives’: Robyn Leaves Fans Shocked As She Tries To Erase Her Past

Sister Wives star Robyn Brown is sparing no effort to erase her past. Her desperation for leaving her past behind has been evident.

To recap, Robyn Brown from Sister Wives once tried to change history. This attempt came at a time when an item evoked her past.

Aside from this, she once wished that her past was different. According to Robyn, she joined the polygamous Brown family for a few reasons.

One of the main reasons she married Kody was her love for the patriarch. Aside from this, she was offered to have other women as sister wives.

Much to her chagrin, Robyn feels that she doesn’t have much of a relationship with her Sister Wives co-wives. Also, there’s no longer polygamy since she seems to be Kody’s only wife, as per a SoapDirt report.

In other words, Robyn’s goal proved to be one big washout. Nevertheless, she seems to be the only wife Kody has an intimate relationship with today.

Robyn Brown Wants To Erase Her Past

Robyn’s first three children are from a previous marriage, but Kody adopted all three kids. Robyn even had a portrait painted of a young Kody with her three kids as babies. 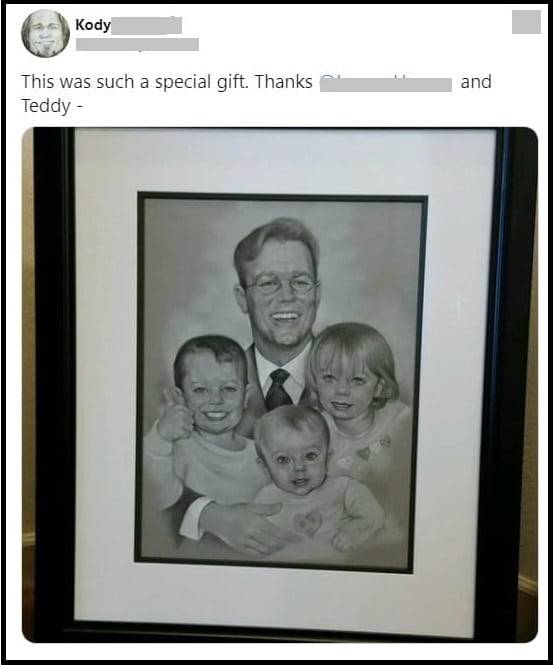 However, Kody did not know then when they were that young. Also, he didn’t know Robyn when he was that young. So, the portraits seem to be an attempt to erase her history.

Sister Wives viewers were creeped out when Robyn gave the portrait as a gift to her husband several seasons back. Robyn has previously admitted that she wanted to be a part of a big family so it is unclear why the portrait only features her and her kids with Kody.

To recap, Robyn told her kids how she gave in her purity to an undeserving man and became pregnant. She went on to marry him and had three kids altogether.

Moreover, she admitted that she wished she had waited to give Kody her purity. This left TLC viewers stunned. In fact, it seems that she even tried to erase these parts of her life.

Do you think she wanted a monogamous relationship with Kody? Share your thoughts in the comments section below.

PrevPrevious‘Sister Wives’: Meri Talks About Being In The Closet, Sparks Gay Rumors
Next’90 Day Fiance’: Ximena Hints At Being Pregnant After Mike Split [Photos]Next

1 thought on “‘Sister Wives’: Robyn Leaves Fans Shocked As She Tries To Erase Her Past”