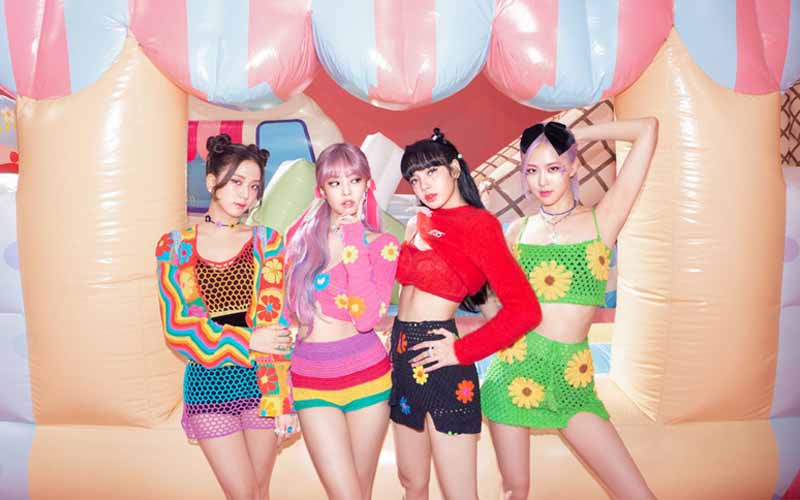 BLACKPINK is slated to unveil their first Korean studio album entitled The Album, on Oct. 2. Jisoo, Jennie, Rosé, and Lisa have released a carefully chosen list of recorded songs on Spotify ahead of their studio album’s release.

The playlist is graced by the music the members of BLACKPINK were listening to while working on The Album. Leading to to their impending album, the South Korean girl group has released the single “How You Like That” on June 26.

The song’s music video garnered a whopping 86.3 million views within its first 24 hours. BLACKPINK released the collaboration track “Ice Cream” with Selena Gomez on On Aug.

“We’ve been aware of her for a very long time,” Jennie said of Gomez in an interview with Apple Music. “And luckily when this song came out on song cam we had the idea to have Selena on it because we obviously knew she would fit into it right away. And yeah, it happened very naturally.”

It is no secret that the members of BLACKPINK are leaving no stone unturned in a bid to make their new album a hit. In a recently concluded interview with Apple Music, the girl group said they worked hard on the album to ensure it delivers joy to fans amid the still raging coronavirus pandemic.

“I think it’s made us more focused on completing the album and making it the best thing we can give to our fans, and perfecting it and everything,” Rosé said. “And so, I feel like this album could get a lot of light and energy to everybody that’s you know stuck at home not knowing what to do hopefully this can cheer them up.”

“We were talking to our producer the other day, and he was like, ‘We’re on such a roll right now that we feel like even after, we’re almost at the final stages of completing the album, and we were actually talking about how we should keep this on a roll,’” Rosé explained the band’s music-making process for The Album.

“Every single day, even if we have different schedules, we finish our schedule and be at the studio. And because, this doesn’t happen every day, where we’re literally working and producing and recording mode,” she added.

As a teaser for an upcoming album on Spotify, Jisoo, Jennie, Rosé, and Lisa curated a never-before-seen playlist on Spotify for fans to enjoy until their first studio album is released. Moreover, the members also shared special introduction messages for fans within the playlist. Check out BLACKPINK’s full Spotify playlist below: