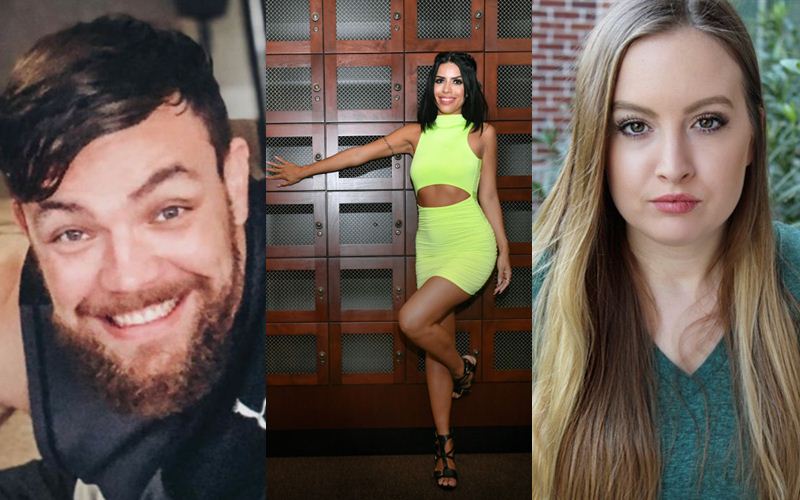 90 Day Fiance: 90 Day Fiance’s Andrei Castravet has come under fire from fans several times due to his misogynistic behavior towards his wife Elizabeth Potthast Castravet on the show.

During TLC’s 90 Day Fiance: Happily Ever After Season 5 Tell-All that was hosted by Shaun Robinson on Sept. 27, that perception of the Moldovan husband and father didn’t improve following his comments about Larissa Dos Santos Lima’s looks. He went on to make several comments about her rhinoplasty, breast implants, and cosmetic procedures during the reunion.

Taking to Instagram, fans of 90 Day Fiance called out Elizabeth for enjoying her husband’s comments while he mocked Larissa’s plastic surgery, saying she should have stopped Andrei from body-shaming another woman, but instead, she encouraged him by laughing at his comments. During 90 Day Fiance Tell-All, Andrei joined Larissa’s ex-husband, Colt Johnson in mocking the dramatic transformation in Larissa’s appearance.

“Colt, why are you playing with women so much, and breaking their hearts so much, that they’re changing their f*cking faces already?” Andrei laughed after Robinson commented on Larissa’s radical makeover, which comprises a tummy tuck, a Brazilian butt lift, liposuction, a boob job, and a slew of other procedures. “I don’t recognize her, what’s going on?” he added.

Elizabeth started laughing when Andrei called Larissa “Michael Jackson 3.0.” Andrei initially portrayed his criticism as an unfavorable reaction towards Larissa’s parenting, accusing her of staying in the United States to get plastic surgery, ignoring her three kids back in Brazil.

Larissa warned Andrei about bringing up cast members’ kids and families, suggesting it should be off-limits, and it was below the belt. Switching tactics, Elizabeth’s husband then tells Larissa that her transformed appearance wouldn’t last long.

“That’s not gonna last forever, you know?” Andrei asked smiling alongside Elizabeth. “You’ll have to change that every couple of years.” Elizabeth joins in shortly, calling Larissa a “f*cking stripper,” under her breath.

Responding to Elizabeth’s recent Instagram post, fans of TLC’s hit reality series called her out for not stopping her husband’s unacceptable comments about another woman. Aside from that, they blasted her for some time even chiming in while her husband mocked another woman’s appearance.

A post shared by Elizabeth Potthast Castravet (@elizabethpotthast) on Sep 25, 2020 at 11:54am PDT

“You must’ve been embarrassed and I’m honestly really disappointed that you allowed your husband to body shame Larissa and make fun of her on the tell-all,” one critic scolded Elizabeth. “That’s not okay.”

“You can tell in Elizabeth’s face she was happy he did that,” another fan chimed in. “Looked A LOT like insecurities to me. Seeing your man tear down another woman for her looks should be a huge red flag.”

Some fans said that Andrei’s “body-shaming” comments about a woman changed their opinion about him, as he had no reason to comment about her or how she looked in the first place. Andrei has been accused of being sexist in the past and was criticized for making remarks about men being more rational than women, leading some viewers to wonder if he has a chauvinistic attitude.

Fans of the show made similar remarks about Andrei’s latest comments about Larissa. Some viewers suggested his attitude towards women didn’t seem favorable for Elizabeth and Andrei’s marriage.

“She allows his misogynistic behavior towards her,” one fan wrote on Instagram of her choice not to stop her husband from body-shaming Larissa. “Why would she defend anyone else?”

“I would never just sit there and be ok while my husband is disrespecting a woman. Oh well, that’s how Elizabeth is treated by her own man so she’s used to it!” another fan wrote. Why are you just sitting there while he’s attacking other women’s looks???‍♂️??‍♂️??‍♂️ Says a lot about y’all’s relationship,” another Instagram user asked.

Elizabeth has remained mum about the criticism she is facing because of Andrei’s remarks. It is clear that his comments about Larissa didn’t help much to improve fans’ perceptions of him.