Despite all the drama involving Brandon Gibbs’ overbearing and intrusive parents, who made their son and his fiance Julia Trubkina sleep in different rooms, the fan-favorite 90 Day Fiance couple has tied the knot.

The last episode of the hit TLC show witnessed three weddings, with Brandon Gibbs and Julia Trubkina being one of the joyous couples to tie the knot in the United States. Although he has faced strong criticism for being immature, Brandon is currently garnering praises for his wedding photo on social media.

Brandon’s parents Betty and Ron ensured Julia’s Russian family attended the ceremony digitally as the couple vowed to love each other with heartfelt words. Much to Julia’s delight, Brandon made an effort to read Russian wedding vows to his wife, ScreenRant reported.

Critics, that have usually slammed Brandon, 28, for being a mama’s boy, seem to have put their negativity aside after the 90 Day Fiance star shared a sweet wedding photo of himself and Julia on his Instagram account. “We did it,” he captioned the picture.

In the picture, the couple can be seen on the church steps. Julia looked gorgeous in white, while Brandon looked dapper in a suit. Julia dropped heart emojis in the comments section of the beautiful picture of their wedding, which she posted to her own account.

It has been a rough season for Brandon and Julia, though they have finally received a happy ending to their love story. At the start of the season, Brandon’s parents pushed Julia to live by their rigid rules and working on their farm, although she wasn’t comfortable.

Brandon’s immaturity has received strong criticism from fans. Unlike most couples on the show, Brandon and Julia are one season 8 couple who appear glad to be together. 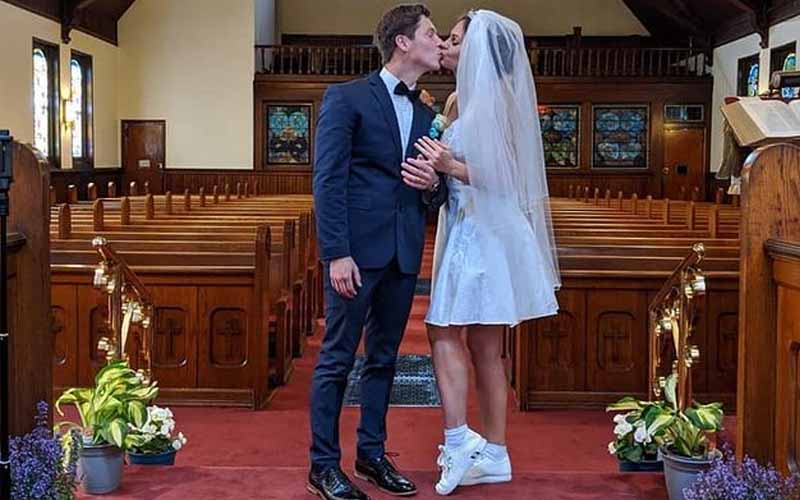 PrevPreviousRebel Wilson Reveals Biggest Challenge Comes After Losing Weight
NextBTS Releases A Statement In Response To The Outbreak of Anti-Asian Racism In The U.S.Next