90 Day Fiance star Jenny Slatten has revealed what jobs she and Sumit do in India. The reality TV star has revealed their income source.

Jenny and Sumit’s expensive lifestyle in India has raised quite a few eyebrows, raising questions about their net worth. To recap, Sumit was working in a call center when he met Jenny.

Also, Jenny’s financial status at the time of leaving the US wasn’t great. She was an employee at a resort in Palm Springs. She had taken out her savings of $6,000 hoping to marry Sumit.

Sumit ended up quitting his job to spend more time with his girlfriend, despite trying to repay the debt of $20,000 he had taken from his father Anil to get a divorce from his wife.

He then took up a job at a friend’s marketing agency, earning just $100 a week. So, fans who follow the couple on social media are curious about how they make money.

The couple is spotted shopping or visiting restaurants in almost every other post. Moreover, they do staycations in luxury hotels and spend a lot of time on the beach.

One curious fan reacted to a Facebook post by Jenny with a question, “Can you tell us if either of you have jobs? Thank you.” Jenny replied, saying “yes.”

Jenny revealed that they have an online business. Moreover, Sumit is a cook. In other words, the couple’s rich lifestyle isn’t just the result of TLC paychecks. 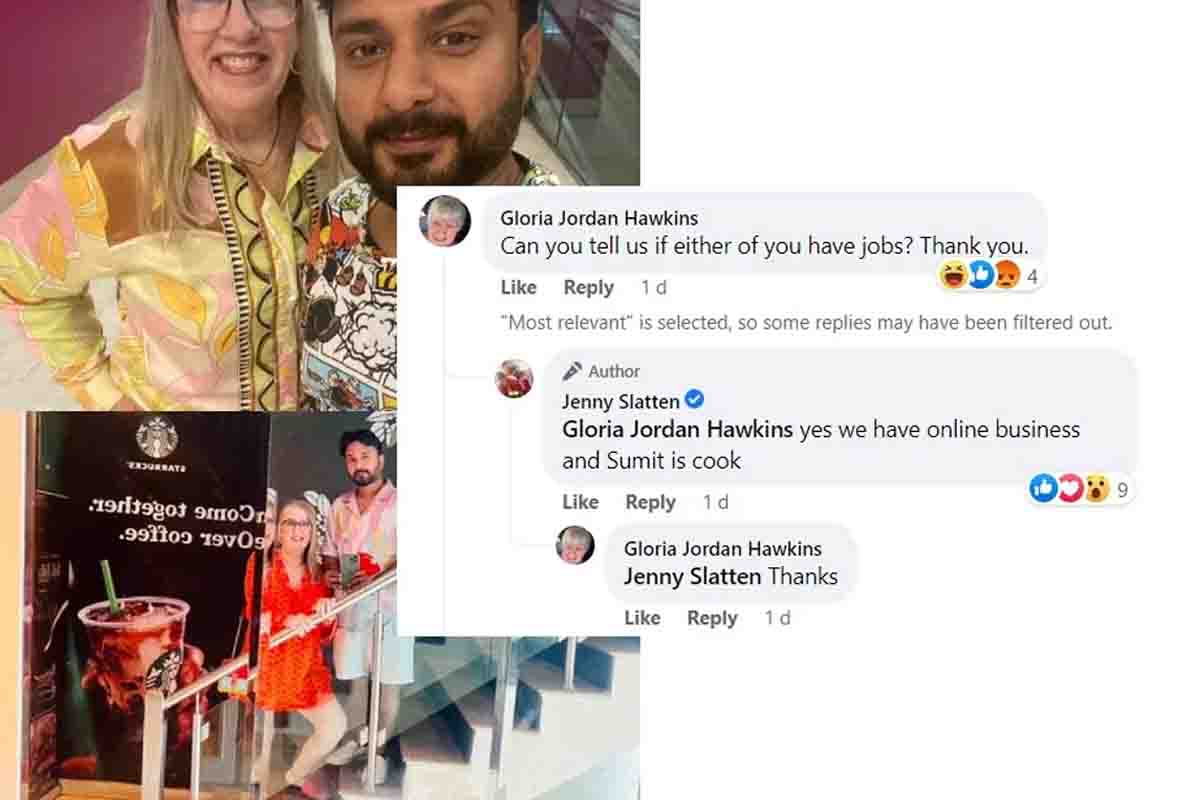 Sumit isn’t professional, but a ScreenRant report claims that he used to work at a friend’s café as a chef before the coronavirus pandemic.

However, Jenny didn’t reveal where Sumit is currently working. Also, she didn’t give details of their online business. There is a possibility that Sumit and his friend may have started their restaurant again after the pandemic.

More details are likely to be revealed when the couple appears on 90 Day Fiance: Happily Ever After? season 7. So, watch this space for the latest updates on the hit TLC reality TV show.

Meanwhile, let us know what you think about Jenny and Sumit’s expensive lifestyle in India in the comments below.