Angela and Michael’s relationship seems to be in serious trouble according to Sunday’s episode of “90 Day Fiancé: Happily Ever After?”

Angela, 54, and Michael, 32, have been fighting throughout the season because Michael wasn’t supportive of Angela’s weight loss surgery, breast reduction surgery, and her desire for facelift surgery (which she couldn’t get done because she couldn’t stop smoking).

“I don’t hide, see, I’m calling you a b**ch,” Angela told Michael. “I do that openly. You’re the one that’s the nice guy. I never claim to be the nice b**ch. I am that b**ch your mama warned you about, remember that. I’m loose mouth, remember?”

“This is the man that conned me to marry him,” she then said, holding up the phone to Claudio. “Look, he’s laughing while I’m getting pissed off. … What woman wants to be married to this? I can’t look at him no more. I got too many good-looking men outside there sitting around me. I don’t need this ugly son of a b**ch.”

“I never would have thought in my wildest dreams that Michael will be treating me like this,” she said. “Maybe, Michael didn’t marry me for the right reasons, because ever since we got married he’s treated me differently than he did before we got married. Like, he doesn’t even care if I get upset no more. He doesn’t care if we don’t talk anymore. He just don’t care.”

RELATED: ’90 Day Fiance’ Fans Compare Angela To Big Ed And Want Her Removed From The Show

“You’re an idiot and you’re a joke, and you’re not for me,” she told him. “Listen, I should have left you when I went over there and your penis wasn’t what you said it was. You lied from the beginning, Michael.”

Angela then told Michael she was finished with their marriage.

“You need to find you a Nigerian woman,” she told him. “I don’t wanna be married no more. End of the day, you’re not gonna see me back in Nigeria. I don’t wanna do nothing with you. Look, I’m setting you free. Go get who you wanna get. This relationship is over.”

When Michael said he wasn’t going to beg her, she hung up on him.

“I don’t want no part of him,” she told cameras. “I’ve done everything he’s asked me to do. I’ve married him. I even tried to have babies. What has he given me? He’s put me through pure hell. …Once you keep kicking me, b**ch, I’m smart enough to get up and move before you break my f**king rib, you know what I mean?”

“I don’t know what’s next for me,” she continued. “All I know is Michael is gonna be the one to regret it, not me… because I am in the land of the free.”

In the preview of the upcoming episode, Angela told her lawyer that she wants to divorce Michael. For more updates, keep watching this space. 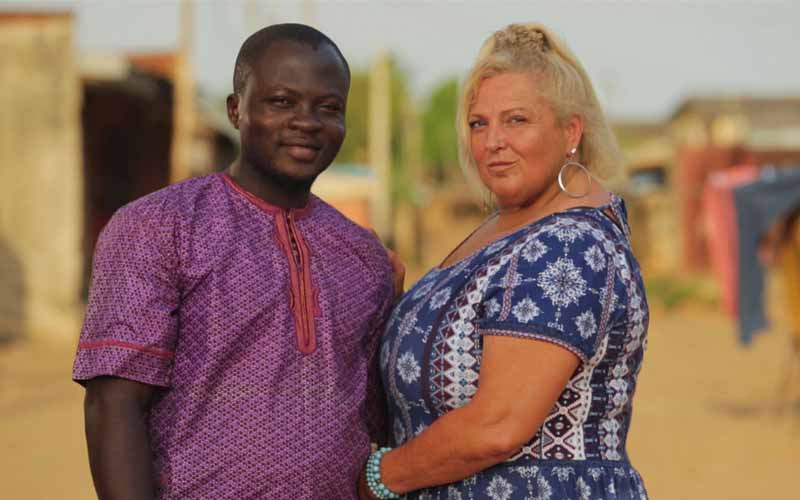