Pokemon Company Talks About Gay Rights: ‘Ask Gay People If They Are Disappointed’

With Pokemon Unite blowing up at the moment, players have followed the associated accounts to stay tuned to the latest news of the MOBA. Moreover, a new pitch is slated to hit the servers later this month.

For those unaware, the game is actually developed by Chinese developer TiMi Studio Group, and not Game Freak or The Pokemon Company. Since the official Twitter account has been very active lately, one player shared a popular meme to urge it to say gay rights.

People ask a lot of celebrities to repeat that phrase or variations of it. Moreover, brands always claim that they are inclusive, but it is usually in the broadest terms possible. Nintendo-adjacent brands have a reputation for not saying anything resembling politics. However, TiMi Group Studio didn’t just say “gay rights,” it comms person responded saying, “why? rights of heterosexual players are equally important.”

They have taken down the tweets. Screencaps reveal that TiMi’s account made several further replies, Kotaku reported. TiMi later explained that it had made a mistake. Someone responded claiming that it mattered because not everyone has equal rights in society. The company responded by saying, “learned a serious lesson.” 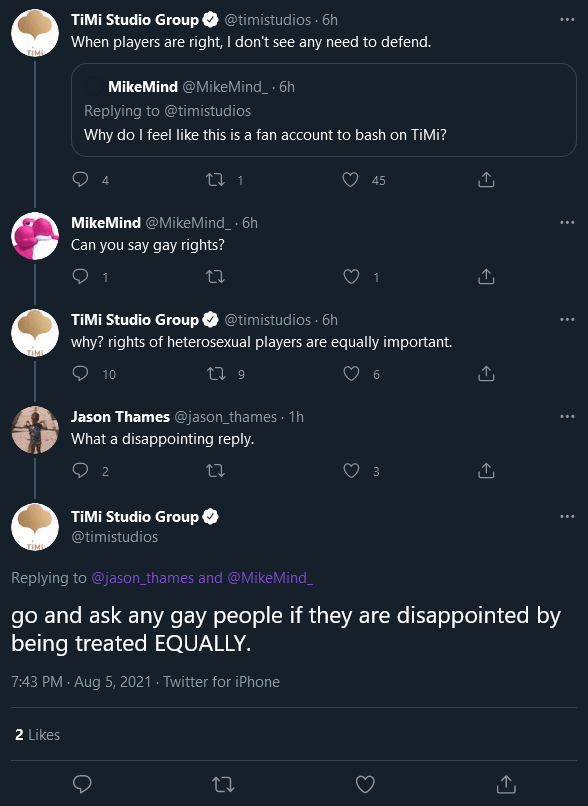 “At The Pokémon Company International, we believe in a just and equitable world and that every person, employee, and fan has the unique skills, powers, and purpose to contribute to this common cause. As part of this, we celebrate the humanity of every individual, and fully support the LGBTQIA+ community.”

“Diversity, equity and inclusion are the foundations of our culture of belonging, and our core value of Integrity and Respect underlines the importance of treating people with respect and empathy to build an open and trusting environment.”

“These statements do not align with our beliefs, culture, or values and are fundamentally wrong. We’re working with our external partner to address the situation.”

The Pokemon Company commented that it doesn’t endorse anything said by TiMi. Further it noted that it is “going to…deal with it somehow.”

Watch this space for the latest gaming news.