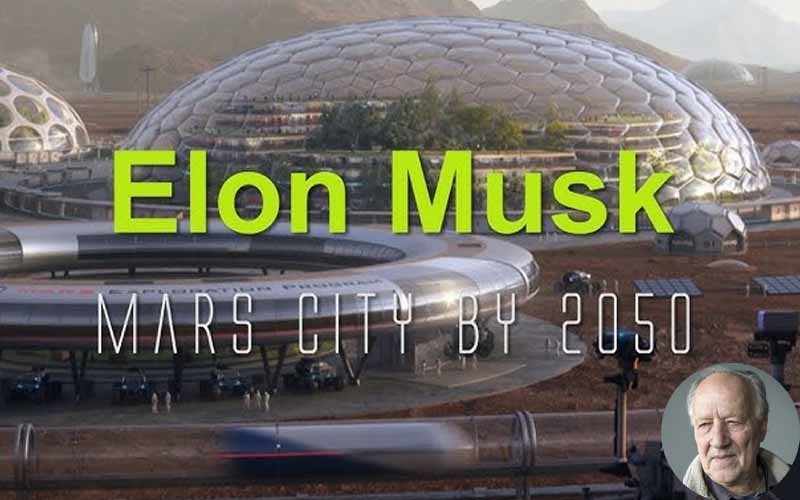 While a lot of people would fancy escaping earth due to the still-raging coronavirus pandemic, SpaceX CEO Elon Musk is taking concrete steps in that direction.

Werner Herzog thinks Elon Musk’s plan to build a city on Mars is unequivocally a “mistake.” SpaceX CEO is gearing up to send the first humans to Mars in the mid-2020s, with the help of his under-development Starship rocket. Once these people reach there, he wants to create a self-sustaining, million-strong city on the Red Planet by 2050.

Werner Herzog doesn’t think that’s a good idea. In an interview with Inverse, the German film director noted there is a massive flaw in the latter half of the billionaire’s plan. Offering a strong criticism, Herzog deemed the idea as an obscenity, saying humans should not be like the locusts.

Herzog appeared for this interview earlier this month, before a new documentary on asteroids was released. Herzog compared Musk’s plan to the 20th-century rise and fall of communism and fascism. He believes the 21st century will put an end to the “technological utopia like colonizing Mars.”

It is worth mentioning here that Herzog is not against going to Mars, and fancies going to the mysterious planet himself carrying a camera with scientists. However, he is convinced that the long-term vision of building a city on Mars is a “mistake.”

His primary concern is that humanity should “rather look to keep our planet inhabitable,” and not try to colonize another one. In other words, Mars isn’t an ideal place for humans to live for multiple reasons. For instance, there is no liquid water at the surface, or even air to breathe.

Moreover, the solar wind would fry inhabitants as if they were in a microwave, he said. Musk is no stranger to receiving this kind of criticism.

In 2018, he shared research that showed water ice exists on Mars in the Korolev crater, suggesting that the planet needs a warmup. Researchers have found more than 1.2 million cubic miles of water ice at or near the surface of Mars. 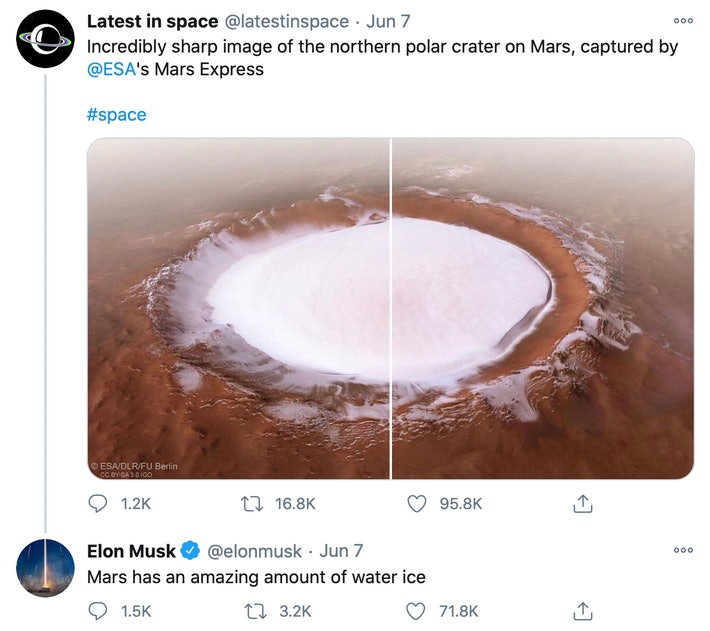 The Tesla chief executive cites a 1993 research paper as evidence to back his plan to heat the planet and release stored carbon dioxide, Musk says this will enable humans to walk around Mars using just a breathing apparatus.

This theory is highly controversial, to say the least. A 2018 study shows that if scientists released Mars’s carbon dioxide stores, they would end up generating an atmosphere of around 15 millibars of pressure. This is significantly below the 1,000 millibars found at Earth’s sea level.

Responding to the research, Musk pointed out that there is a considerable amount of CO2 on Mars, which has been absorbed into the soil and can be released. Evidence to support this claim are still few and far between.

Musk also claims that the effects of space radiation on Mars isn’t deadly and not too big of a deal, but an International Space Station and Earth research suggests there are significant health consequences after spending time in space. If Mars gets colonized, would you fancy shifting to the Red Planet for good? Share your thoughts in the comments section below and watch this space for the latest news.