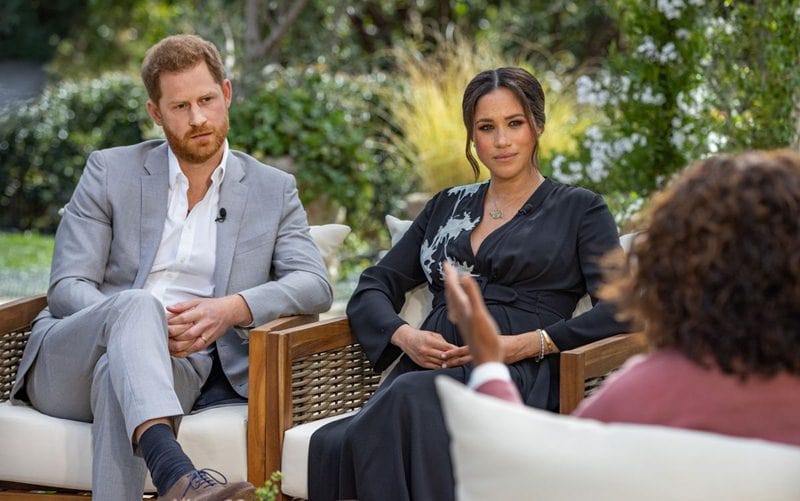 Meghan Markle explained during the Oprah interview that scrutiny she and Kate Middleton received from the British press had one big difference.

During CBS This Morning on Monday Duchess of Sussex said “Unfortunately, if members of his family say, ‘Well, this is what’s happened to all of us,’ or if they can compare what the experience that I went through was similar to… Kate [being] called ‘Waity Katie’ [for] waiting to marry William.”

“While I imagine that was really hard — and I do, I can’t picture what that felt like — this is not the same,” Meghan said. “If a member of his family will comfortably say, ‘We’ve all had to deal with things that are rude,’ rude and racist are not the same.”

Meghan noted that Prince Harry’s family “had a press team that goes on the record to defend you, especially when they know something’s not true, and that didn’t happen for us.”

“What was hard to get over was being blamed for something that not only I didn’t do, but that happened to me,” Meghan said. “The people that were part of our wedding [were] going to our comms team and saying, ‘I know this didn’t happen. I don’t have to tell them what actually happened, but I can at least go on the record, and say she didn’t make her cry.'”

WATCH: @Oprah asks Prince Harry if family members reached out to apologize for the reasons he felt he had to leave.

Harry noted that his family has “sadly not” apologized to him or Meghan for making them feel like they had to leave because “the feeling is that this was our decision, therefore the consequences are on us.”

“It would make a huge difference,” Harry said if his family had acknowledged the racism his wife faced. “There’s a lot of people that have seen it for what it was. A lot of people. It’s talked about across the world. Yet, the very people that don’t want to see it or can’t see it, choose not to see it.”

PrevPrevious’90 Day Fiance’: Melyza Gives Shocking Update On Her And Tim’s Relationship
Next’90 Day Fiancé’: Stephanie Admits Her Love For Harris After Splitting From His Cousin RyanNext