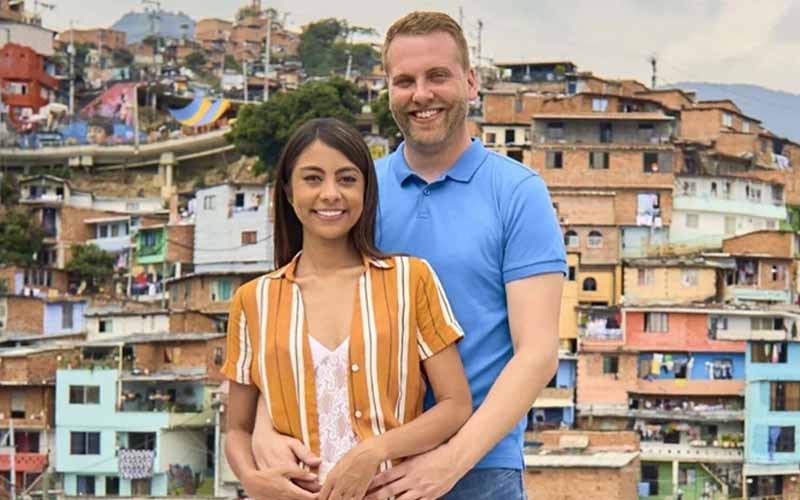 90 Day Bares All latest episode revealed that Tim and Melyza are engaged, and are all set to tie the knot.

The 90 Day Fiance: The Other Way pair Tim and Melyza appeared on the latest episode of 90 Day Bares All, taking viewers by surprise as they announced that they got back together despite a drama-laden breakup, and are now engaged. Last week’s episode revolved around their contentious split, which can be attributed to Tim’s past infidelity and Melyza’s suspicion of him.

Before the engagement announcement was made, Tim and Melyza’s conversation from last week’s Bares All was aired. In that clip, Melyza admits that her split from Tim “just really sucks” because she didn’t “get why it couldn’t work out.”

“I get that it’s not going to be perfect, and there’s not perfect relationships or people, but we just put so much into this,” Melyza said. “We just put so much energy and time and love, and we just had such big dreams and expectations that it’s been really hard to let go, honestly.”

Meanwhile, Tim confessed that he isn’t ready for a woman like Melyza since there is still “work to be done” on himself. Melyza, however, said she would “without a doubt” reunite with him.

“He’s everything to me,” she said. “I don’t want to be with anybody [else]. I have no interest in other guys… I mean, he was going to be my husband.” Tim responded saying, he “can’t do it anymore,” while shedding tears.

“The type of person that I’ve turned her into… I just can’t do it anymore,” he said. “I don’t even know why she would want to continue to try to put up with it.”

“Because I love you. That’s why,” she replied. “… I don’t recognize myself right now. This is not the me that I know. I lost a lot of me and a lot of the good things in me in this relationship, but I also gained a lot of other things as well.”

“I was just so willing to do it, and to work through it. I was still willing to try and get past a lot of the things that he did and that he is, just because I love him and just because I see a lot of good in him as well, and because he’s done a lot of good to me and to our relationship,” Melyza added. “If I did not see a future, I would not be putting myself at risk, so to speak.”

Melyza did admit though that she and Tim “need to heal and work on our issues as individuals because, as a couple, we just hurt each other too much.” Melyza made an appearance again to give an update on her life after that part of the show was aired, ET reported.

Melyza initially said she is “really happy” in her current relationship, but went on to reveal that her partner is actually Tim.

“We kind of reconnected. We started reminiscing about things we had done in the past. We were like, ‘I really miss you,'” she said. “… We would talk about the plans that we had for the future and everything. That’s basically how it happened.”

“It’s going great so far,” Tim added. “… We just can’t stay away from each other. No matter how hard we try to move on and forget about each other, we can’t.”

The show then shows a video of Melyza and Tim reuniting in Colombia, where Tim pops the question. “It’s official! I pulled the trigger!” Tim excitedly said. “She actually said yes.”

“It was just us and it was so awesome and we’re so happy,” Melyza said. On 90 Day Bares All, Melyza said that the proposal was “basically the most Tim things he’s ever done.”

“He basically got me to the pier because he said that he wanted to take pictures. He tricked me into thinking we were gonna take pictures,” she said. “He’s like, ‘Oh, look that way’… So I turn around and I’m, like, about to flip on him. I’m like, ‘What are you talking about?’ And as I turn around he’s on his knee and he has the ring.”