Meghan Markle Says It Became ‘Unsurvivable’ Being The ‘Most Trolled Person’ 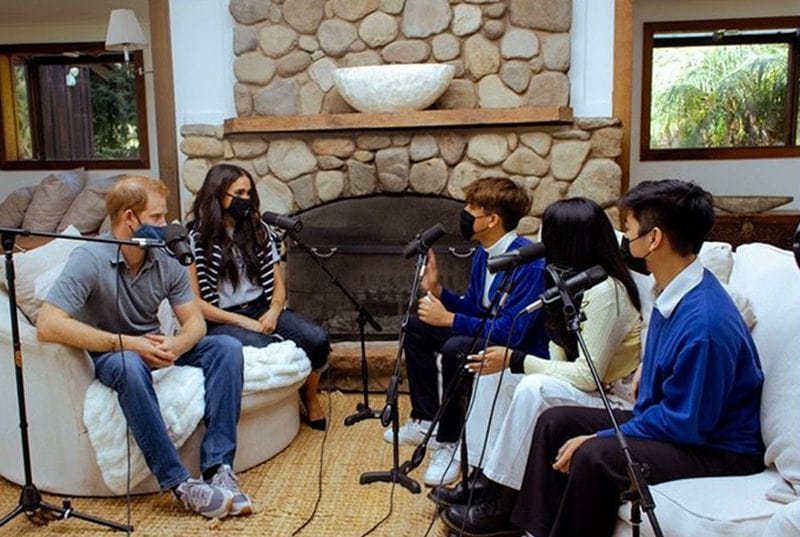 Meghan Markle opened up being the “most trolled person” in the world and how she reminded people that even she is a human being, who has emotions and feelings like others. The Duchess of Sussex revealed how she felt during her and husband Prince Harry’s conversation with the Teenager Therapy podcast.

The podcast was held in honor of World Mental Health Day. “I’m told that in 2019 I was the most trolled person in the entire world, male or female. Now eight months of that, I wasn’t even visible. I was on maternity leave or with a baby,” Meghan Markle began to explain.

“But what was able to just be manufactured and churned out, it’s almost unsurvivable. That’s so big, you can’t even think of what that feels like. Because I don’t care if you’re 15 or 25, if people are saying things about you that aren’t true, what that does to your mental and emotional health is so damaging.”

“So I think from my standpoint, and part of the work that we do, is our own personal experiences and being able to talk to people, and understand that even through our experiences [are] unique to us and obviously can seem very different to what people experience on the day to day, it’s still a very human experience and that’s universal,” she continued. “We all know what it feels like to have our feelings hurt. We all know what it feels like to be isolated or the other…We are all figuring it out.”

OUR EPISODE WITH PRINCE HARRY AND MEGHAN IS OUT! In honor of World Mental Health Day, The Duke and Duchess of Sussex sat down with us for a conversation about prioritizing mental health, removing the stigma around the issue, and how we can all contribute to a healthier world: physically, mentally, emotionally, holistically. We cannot emphasize enough how honored we are to be able to bring you this important conversation. We hope you enjoy it and find something you can apply to your own life. Take care of yourself, you deserve to be loved. Link in bio! – #princeharry #meghan #dukeandduchessofsussex #duchessofsussex #dukeofsussex #worldmentalhealthday #worldmentalhealthday2020

The hosts ask the couple how are they doing now and that reminded Meghan when a journalist Tom Bradby asked a similar question during a South Africa royal tour in 2019. At the time she replied, “Not many people have asked if I’m OK,” while she admitted “struggling” with her newfound attention.

“I didn’t realize that my answer would receive such an interest from around the world,” Meghan said during the podcast. “Because I said, ‘Well thanks, people haven’t really asked me if I’m OK.’ I didn’t think about that answer. I just answered honestly because I was in a moment of vulnerability, because I was tired, because there was no presentation. It was just, here I am. I’m a mom with a four-and-a-half-month old baby and we are tired.”

“But I think it speaks to the fact that the reason that it resonated with people is because everyone wants to be asked if they’re OK,” she said. “So today I would say, I am doing really well. Thank you for asking. The Duke of Sussex is working hard to change the stigma on mental health along with his brother Prince William and Kate Middleton.

“As I’ve always said to Meghan before we even met, I’ve had this deep sense of community once I started to talk about my own mental health,” he noted. “Because it’s a community of people that no matter what, every single person wants to make sure that no one else goes through all they went through. And that’s a community that I want to be a part of.”

For more updates on Royal Family, keep watching this space.