Meghan Markle kissed Prince Harry after he won a polo match, showing rare PDA. This is reminiscent of another memorable kiss they shared.

Meghan Markle kissed her husband Prince Harry to congratulate him on winning a polo match on Sunday. The former Suits actress cheered for Harry at the Santa Barbara Polo & Racquet Club in California.

The Duchess of Sussex, 40, wore a winning combination of a black-and-white polka dot blouse and white shorts. She completed the elegant look with a black wide-brimmed hat and sunglasses.

Moreover, she wore an initial necklace featuring an “A” for her and Harry’s son Archie. She was accompanied by former Suits co-star, Abigail Spencer.

Meghan presented the trophy, kissing each team member on the cheek. However, when she got to Prince Harry, Meghan kissed him on the lips.

She even went on to wipe his lips after realizing some of her lipstick had rubbed off. Notably, this was reminiscent of another memorable kiss they shared after their royal wedding. 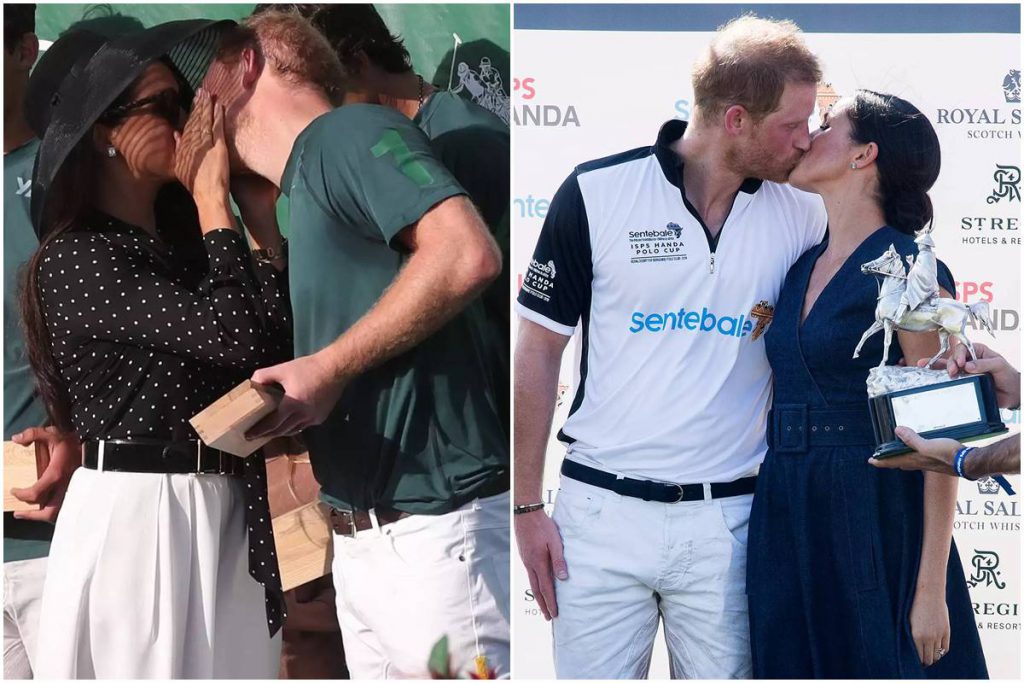 Meghan congratulated her husband by planting a kiss on his lips back in July 2018 after she handed over the winning trophy at a charity polo match.

Popular polo player Nacho Figueres runs Prince Harry’s polo club, as per a report by People. “Thrilled to be riding alongside my friend, Prince Harry, and the rest of the Los Padres team at the @santabarbarapoloclub ‘s Harry East Memorial Tournament,” Figueras wrote in an Instagram post earlier this month.

Watch this space for the latest updates on the Royal Family.