Meghan Markle convened a special virtual roundtable on April 8 with young girls, who made an impact in their schools and communities. The conversation took place between Meghan and the National Women’s Law Center.

“The Duchess believes girls’ voices can and should be heard, and through Archewell she focuses on providing them with the platforms, tools, and forums to help define a path forward and continue making an impact,” according to the official website for Meghan and Prince Harry’s non-profit organization, Archewell.

“The group spoke about everyday struggles during COVID-19, including identity loss and isolation, and larger issues of mental health, racial bias and injustice, and more. When asked what tools girls need to thrive in the year ahead, a common thread emerged: acknowledgment, support, empathy, and resources,” the site continues.

“Their answers included American civil rights activist Fannie Lou Hamer, as well as Kala Bagai, one of the first South Asian women to immigrate to the United States in the early 20th century, who was known to many in her California community as ‘Mother India,’ ” according to Archewell.

Meghan and Harry previously shared the inspiration behind their foundation’s name, explaining, “Before SussexRoyal came the idea of ‘arche’ — the Greek word meaning ‘source of action.’ We connected to this concept for the charitable organization we hoped to build one day, and it became the inspiration for our son’s name. To do something of meaning, to do something that matters. Archewell is a name that combines an ancient word for strength and action, and another that evokes the deep resources we each must draw upon.”

Previously, Meghan explained during the Oprah interview that scrutiny she and Kate Middleton received from the British press had one big difference.

During CBS This Morning on Monday Duchess of Sussex said “Unfortunately, if members of his family say, ‘Well, this is what’s happened to all of us,’ or if they can compare what the experience that I went through was similar to… Kate [being] called ‘Waity Katie’ [for] waiting to marry William.”

“While I imagine that was really hard — and I do, I can’t picture what that felt like — this is not the same,” Meghan said. “If a member of his family will comfortably say, ‘We’ve all had to deal with things that are rude,’ rude and racist are not the same.”

Meghan noted that Prince Harry’s family “had a press team that goes on the record to defend you, especially when they know something’s not true, and that didn’t happen for us.”

“What was hard to get over was being blamed for something that not only I didn’t do, but that happened to me,” Meghan said. “The people that were part of our wedding [were] going to our comms team and saying, ‘I know this didn’t happen. I don’t have to tell them what actually happened, but I can at least go on the record, and say she didn’t make her cry.'”

Harry noted that his family has “sadly not” apologized to him or Meghan for making them feel like they had to leave because “the feeling is that this was our decision, therefore the consequences are on us.”

“It would make a huge difference,” Harry said if his family had acknowledged the racism his wife faced. “There’s a lot of people that have seen it for what it was. A lot of people. It’s talked about across the world. Yet, the very people that don’t want to see it or can’t see it, choose not to see it.” 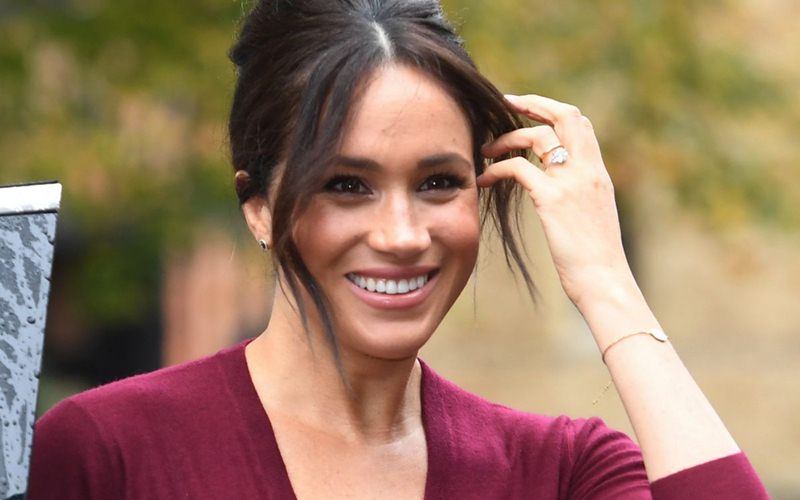