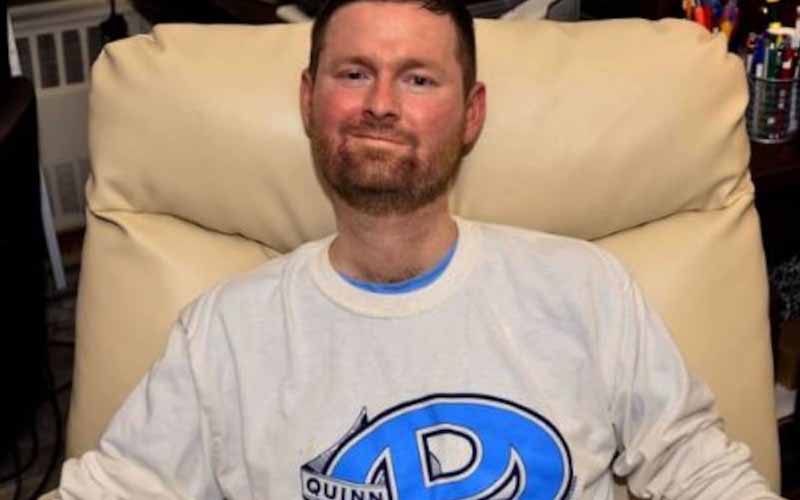 The co-founder of the viral ice bucket video challenge after battling ALS (amyotrophic lateral sclerosis) for seven years. He was 37.

The ALS Association announced the sad news on Sunday morning. “It is with great sadness that we must share the passing of Patrick early this morning,” the ALS Association wrote in an online post. “He was a blessing to us all in so many ways. We will always remember him for his inspiration and courage in his tireless fight against ALS.”

Quinn was 30 years old when he was first diagnosed with the neurodegenerative disease in Mar. 2013. Motivated by his friend, the late Pete Frates, who promoted the Ice Bucket Challenge, Quinn founded a team of supporters to seek financial support for the battle against ALS.

Quinn not only contributed to the cause but also encouraged others to do the same. He believed that was the key to making others aware of ALS. The Ice Bucket Challenge rose to popularity on social media in the summer of 2014, making Quinn a viral sensation.

The challenge, which involves people pouring a bucket of ice water over their heads, helped raise $115 million for the ALS Association and over 220 million for ALS research. Quinn got in touch with various groups around the country in a bid to raise awareness of the effects ALS has on a person’s voice and the importance of voice banking through Project Revoice.

He continued hosting an Ice Bucket Challenge every year in his hometown of Yonkers, New York, and started a social media campaign that motivated people to “FindUrSmile.” Quinn was nominated as Time magazine’s “Person of the Year.”

Speaking to a crowd gathered at the 5th anniversary of the Ice Bucket Challenge, Quinn accentuated the importance of continuing to help with the fight against the disease. “Nobody knew the Ice Bucket Challenge would become a worldwide phenomenon, but we united as one because that is what it takes to change a disease like ALS,” he said.

ALS alludes to a nervous system disorder that affects nerve cells in the spinal cord and brain, causing loss of muscle control. Watch this space for the latest news.