Everything You Need To Know About New Coronavirus Variant 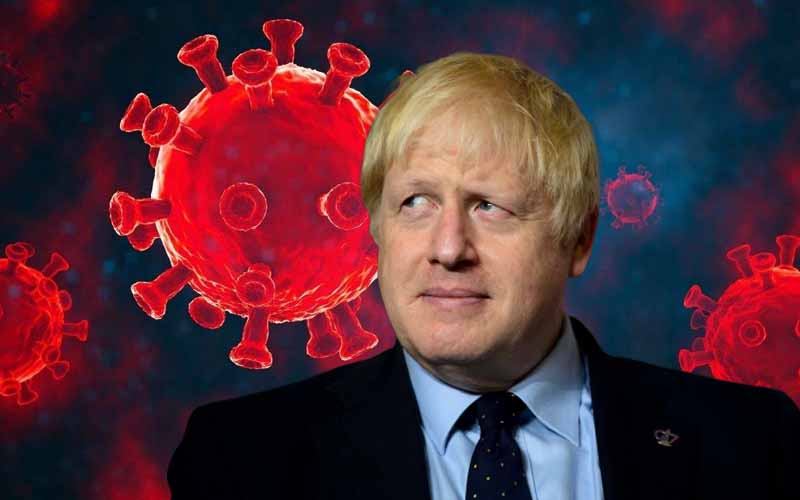 Prime Minister of U.K. Boris Johnson called for an emergency meeting on Monday with ministers, after reports about a new variant of the coronavirus surfaced in the country, leading to a border shutdown and witnessing British travelers being restricted entry in dozens of European countries and around the world.

After fears about a new variant of the deadly pathogen were first identified in England, several nations imposed restrictions on travel from the United Kingdom, CNN reported. For instance, France announced a temporary ban on all travel and accompanied freight over the weekend, a potential disaster for UK exporters who rely heavily on trade with Europe.

The border closure worsened pre-Christmas delays, with trucks backed up from the port of Dover in the southeast of England, which is an important crossing point for haulers. To make things worse, the move has caused worry that European exporters wouldn’t be willing to send goods to the U.K., for fear of not being able to return.

The restrictions come ahead of Christmas and the end of the Brexit transition period, raising concerns regarding potential shortages of food and medicine in the country at a critical time. Johnson sought to reduce those concerns during a televised press conference earlier this week, telling Britons that “the vast majority of food and medicine supplies are coming and going as normal.”

Transport secretary, Grant Shapps said 170 lorries were stuck on the motorways around Dover but noted that the number had been reduced from over 500 on Sunday night. This came after Kent Police closed sections of England’s M20 motorway in a bid to “avoid gridlock” in the area surrounding the Eurotunnel.

Operation Stack, which alludes to a contingency plan that lets part of the highway to be allocated to parked trucks, has been put in place. Trucks parked on the M20, nearby Folkestone, Kent, as part of the aforesaid operation after the Port of Dover was closed and access to the Eurotunnel terminal suspended.

France is planning to introduce a European-wide health protocol that would enable freight to start flowing again. “In the next few hours, at the European level, we are going to put in place a solid health protocol so that flows from the United Kingdom can resume,” Secretary of State for Transport Jean-Baptiste Djebbari tweeted Monday. “Our priority is to protect our nationals and our citizens,” he wrote.

Johnson spoke with French President Emmanuel Macron earlier this week, insisting that the risk of transmission from a solitary truck driver was low. The road haulage industry representatives urged the UK government to start rapid testing for truck drivers in order to restore confidence in the French authorities that they haven’t contracted the coronavirus.

“Right now there will be concern around a backup if this persists for longer than 48 hours because eventually there will be a position where the delays on the exit journey will be quite substantial,” general policy manager for Logistics UK Alex Veitch said on BBC Radio 4. British supermarkets noted that the warehouses were well stocked, while Sainsbury’s said that shortages of perishable goods are likely to surface in the coming days if the situation isn’t resolved quickly.

“All products for the Great British Christmas lunch are already in the country and we have plenty of these. If nothing changes, we will start to see gaps over the coming days on lettuce, some salad leaves, cauliflowers, broccoli, and citrus fruit — all of which are imported from the continent at this time of year,” a Sainsbury’s spokesperson told the PA Media news agency.

On Monday, Johnson said over 500,000 British people had received the first dose of the Pfizer/BioNTech Covid-19 vaccine, which the U.K. was the first country to give its stamp of approval to. His medical advisers said that the new variant of the coronavirus could lead to an increase in infections in the near future.

England’s Chief Medical Officer Chris Whitty and Chief Scientific Adviser Patrick Vallance, on the other hand, claimed there is no evidence to suggest that the new variant is deadlier, or would neutralize the effectiveness of the recently approved vaccines. A more easy-to-spread virus could lead to more cases, which in turn could lead to more deaths and hospitalizations.

This could be hard to control even with a vaccine. According to Whitty, the new variant “can spread more quickly” and was responsible for 60 percent of new infections in the capital, which has almost doubled in the last week alone. In his briefing, Vallance said he anticipated the spread of the new variant would increase after Christmas.

“Given that we’re entering a period of inevitable mixing, I think there will be some increases in numbers over the next few weeks,” he said. He went on to say that local restrictions might be tightened rather than eased in 2021. Watch this space for more updates on this recently discovered variant of the virus.