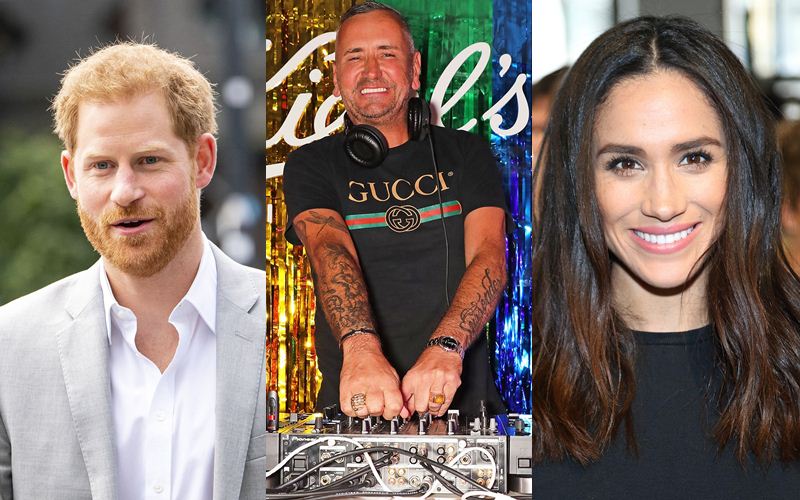 Meghan Markle and Prince Harry’s wedding DJ has revealed why the couple decided to leave the U.K.

DJ Fat Tony, who performed at Meghan Markle and Prince Harry’s wedding reception at Frogmore House in 2018 claimed the couple’s decision to leave the U.K., move to the U.S.A, and step down from the royal roles was driven by jealousy. “It’s typical of the way we are in this country – we build people up and then try to destroy them,” Tony Marnach, who is popularly known as DJ Fat Tony said.

“God forbid, they wanted to live their own life.

“I think it’s human nature to be jealous.

“We shoot things down that we don’t understand.

Marnach went on to explain that since the couple opted to remain tight-lipped, nobody understood what went on. He pointed out that the couple never talked about it. “So it’s, ‘let’s hate them,’” he said.

Marnach, who has DJ’d for events for influential people including the Beckham family, said he is glad to see Prince Harry and Meghan happier. Referencing the couple, he said if you are doing something that you do not love, or aren’t happy doing it, it is wise to not do it as there’s always another option.

Before stepping back as senior royals, Meghan reportedly ignored Camilla, Duchess of Cornwall’s advice about handling the attention the royal family gets from the media. In a bid to help the former Suit actress adapt to her new life, Camilla invited her to a private lunch before she tied the wedding knot with Prince Harry.

Camilla told her about how she handled the pressure, especially after Princess Diana died. She advised Meghan to focus on the positive aspects of her new role in The Firm while ignoring negative comments. Prince Charles gave his son a piece of similar advice, Express reported.

Meghan continued to remain unhappy with the scrutiny and opened up in an ITV documentary saying, “Not many people have asked if I’m OK.” Meghan was grateful to Camila who was very supportive and invited her out for private lunches, around the time of her marriage, one of her friends said.

She paid heed to Camilla’s advice and realized that joining the Royal Family from otherwise ordinary life wasn’t going to be easy. Just like Meghan, Camilla had been a victim of negative press, aside from experiencing hostility from courtiers due to her relationship with Charles when he was still married to Diana.

“She was very sensitive to Meghan and provided her with support, advising her to ride out the storm and that it would all pass – but ultimately Meghan didn’t listen.” Camilla offered the same advice to Kate Middleton in 2013 when she married Prince William.