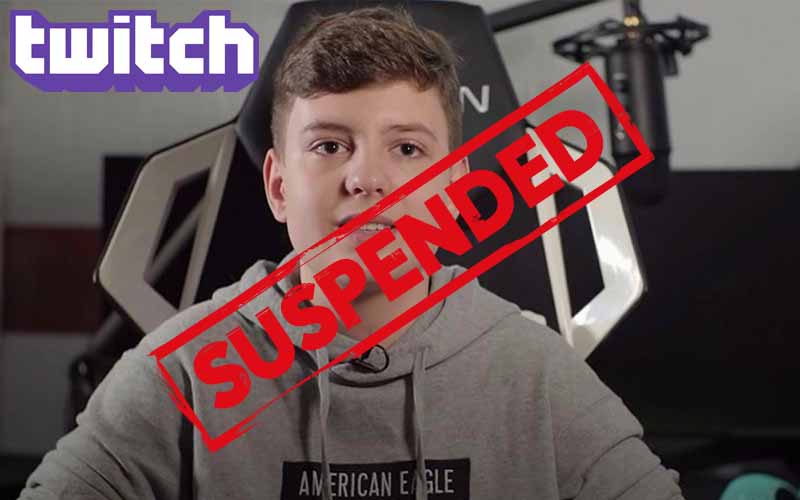 Touted as one of the main faces of Fortnite, Cody ‘Clix’ Conroy joined NRG in Jul. 2020 at the age of 15. The gaming organization and Clix signed an exclusive deal with Twitch in Oct. last year, averaging around 34,000 viewers daily.

Much to his chagrin, the last couple of years have gone from bad to worse for Clix. The Fortnite superstar recently announced on Twitter that he was permanently banned from the video live streaming platform.

The ban was imposed after Clix opened a folder on his PC containing images that violated the platform’s terms of service. Since then, Clix started a feud with Fortnite’s CCO Donald Mustard, Essentially Sports reported.

Mustard recently shared a snap of himself at the Superbowl, and the NRG duo – Ronaldo and Clix took to the comments section of the tweet. Ronaldo sarcastically asked if the Superbowl was the reason behind FNCS’ cancelation. Clix went straight to comment on the CCO’s appearance.

As expected, Mustard didn’t take kindly to this and removed the Clix: Box Fight Limited Time Mode from the game, replacing it Skyfall: Box Fight, which was created by ‘Immature Gamer’. Clix made the concept of box flights popular on his streams with Sway, Faze, Bugha, and others.

Clix is known as the “King of Boxfights” on Fortnite, so the game-mode was named after him. The game-mode allows teams of 1-4 players to go toe-to-toe only using Lever shotgun, Pump shotgun, or charge shotgun. The events have garnered a mixed reaction from fans.

wow i can’t believe #freeclix is #1 on trending, thank you guys for the insane support and hopefully I somehow get unbanned soon ?

Loyal fans of Clix have started the #FreeClix in a bid to receive enough momentum and support to lift the ban on their favorite streamer. Others from the Fortnite community believe that such offensive and disrespectful deserves a punishment.