’90 Day Fiance’: Yara Zaya Opens Up About Her Struggle With Low Self-Esteem

90 Day Fiance star Yara Zaya has a reputation for sharing stories about her and her family with her social media followers and fans.

Yara Zaya is understandably considered one of the most attractive TLC stars. However, the 90 Day Fiance reality TV personality suffered from low self-esteem. She divulged this piece of information on social media, aside from sharing a throwback photo. 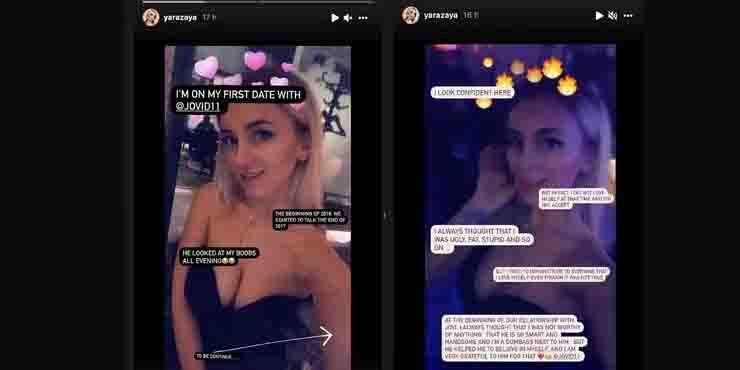 Considering that Yara looks extremely confident on social media, it is quite surprising that she once battled low self-esteem. She recently shared a throwback photo of her and Jovi Dufren’s first date night, stating that she didn’t love herself at the time.

She pretended to love herself, but that wasn’t true, according to a report from ScreenRant. She always felt that she didn’t deserve anything when she first started dating Jovi. Moreover, she felt Jovi was smart, handsome, while she looked like a “dumb**s” next to him.

Much to her delight, Jovi helped Yara to build her confidence and self-esteem. The popular Internet personality said that she is grateful to her husband, Jovi for helping her get her confidence back. Yara shared that she kept looking at her breasts throughout their first date night.

Reality stars usually refrain from sharing such secrets on social media platforms. They are scared that fans will consider them to be weak and boring if they share such secrets with them. However, Yara has shown how brave she is by sharing her struggle with self-esteem with any sort of hesitation.

More importantly, her story could end up helping fans who feel the same about themselves. Yara is a hard-working woman, despite coming across as inconsiderate and dismissive sometimes. Let us know what do you think about Yara’s struggle with low self-esteem in the comments section below.

PrevPreviousMeghan Markle, Prince Harry Spotted With The Same Security As Taylor Swift
Next’90 Day Fiance’: Sumit Explains Why He Gets Blamed For His Sister’s DeathNext