Much to the delight of 90 Day Fiance viewers, Jenny Slatten is finally engaged to her Indian boyfriend Sumit Singh.

Giving her fans something more to cheer about, the 62-year-old reality TV star, who is currently living in India, showed off her slimmer figure in a traditional Indian outfit. On June 17, She captured a series of stunning selfies in front of a mirror and shared them on her Facebook account.

Jenny also gave fans a tour of her Indian house and revealed that she has become used to taking bucket baths. Sumit and Jenny’s spacious and airy three-bedroom house features a terrace and courtyard. Even though Sumit’s parents opposed their relationship, the couple has been living together in India.

Sumit recently sparked breakup rumors when he was spotted wearing a wedding suit, and a fan claimed that he had got married to another woman in India after breaking up with Jenny. However, the couple debunked these rumors, which they say, makes them laugh.

Sumit and Jenny are still living in the house that is featured on 90 Day Fiance, according to ScreenRant. The American grandma loves pampering herself with some online shopping from the Indian fashion e-commerce company, Myntra.

Jenny is wearing an Indian suit, along with a white kurta and palazzo pants that feature a colored floral pattern, in the selfies. She paired the attire with kolhapuri sandals, earrings, and a white dupatta. Despite not wearing much makeup, Jenny’s skin is radiating.

Moreover, the 90 Day Fiance star seems to have lost some weight in the last few months. Although she is looking thinner in her latest pictures, she looks healthy. As expected, her fans loved Jenny’s traditional Indian look.

“Nice choice of clothes n suits u. You seemed to have lost weight,” one fan wrote. Another fan noted, “Looks super cute! I love the Style and culture.”

“Girl you are rocking that! Looks comfy too!” one TLC viewer said. Jenny seems to have got ready for an outing with Sumit. She posted a picture with her beau and said that she is finally stepping outside amid the coronavirus pandemic. 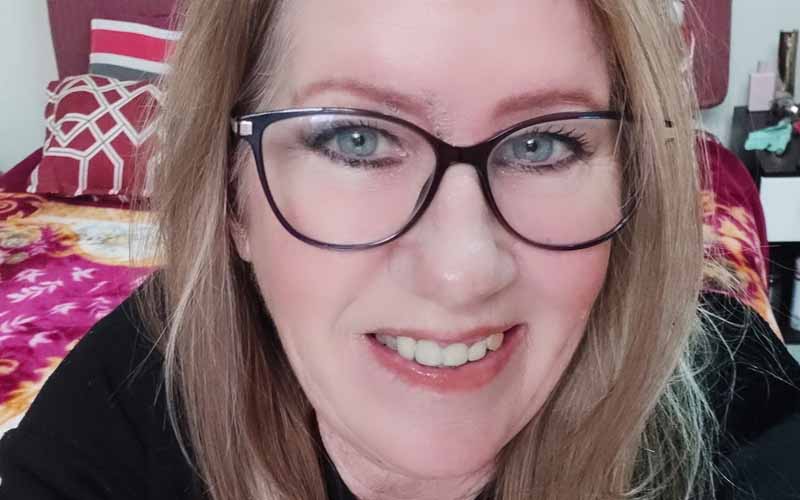