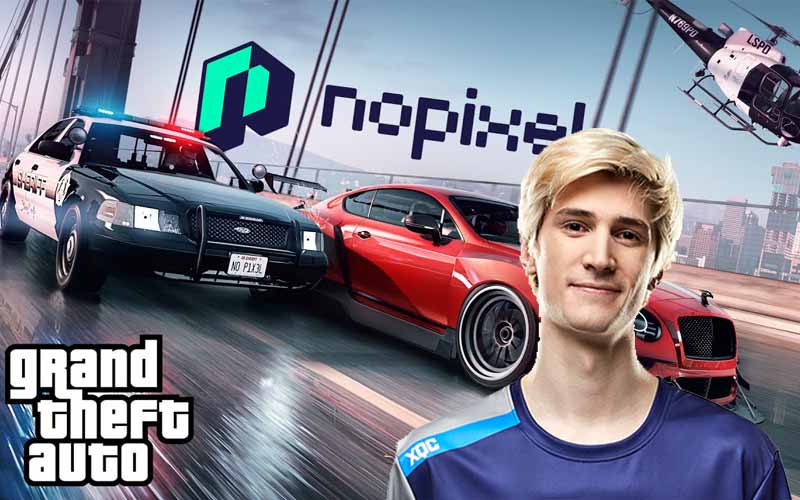 Felix ‘xQc’ Lengyel and Jaryd Russell Lazar a.k.a. Summit1G are the latest Twitch streamers to get involved in drama following a fight on GTA RP NoPixel server.

xQc called out Summit1G, accusing the streamer and his team of metagaming in NoPixel’s GTA RP server. A Twitch clip of xQc’s outburst after being killed on the NoPixel GTA server surfaced online recently.

While the Canadian streamer wasn’t banned at the time, a new report from Dexerto has confirmed that xQc has been indefinitely banned from the popular GTA role-playing server. The ban was imposed as the Twitch star continued hitting several other roleplayers with his car, although he was warned that his antics were against the rule in the exclusive lobby.

The NoPixel server garnered huge popularity on Twitch in the past few weeks due to popular personalities such as xQc and Summit1g. After leaving Rust in Jan. over the controversy, wherein he accused Twitch star Myth of stream sniping, xQc became a server regular.

The GTA lobby initially appeared quite similar to Rust, serving as a place for the streamer to show off his wild personality. He soon became the bad guy, who constantly ran from the cops, and scammed other players while roleplaying to get rich instantly.

On Feb. 22, however, xQc was locked out of the server as he continued running his car over other roleplayers and fled in the past few days. This is known as VDM (vehicle deathmatch) in RP circles.

xQc tried to log in several times but failed. “Well… okay, yeah, they really did ban me That’s f**king… okay?” he said.

As a result of the NoPixel ban he had to swap to Minecraft during his stream xQc, however, claims he did not know the rules when he started hitting other players with this car and had no idea this could lead to a ban.

“Yeah, I broke the rules, I said I wouldn’t do any more “VDM” and people know that though. I showed all the signs, legitimately, genuinely, that it was bad or you couldn’t do it in the way that I did it,” he said. “I didn’t know you couldn’t ram [other players] in that context.

“Whatever I did, I admitted to it. Yeah, I broke the rules. I said, ‘If I do this again, I’ll park my car in the middle of the road, instead of driving them into other cars’.” After remaining silent for a moment, he said, “rules are broken every minute there.”

The initial ban reads “permanent,” however, it is likely that the ban will be lifted sometime in the near future. The Canadian streamer has been called for a meeting with the server moderators to discuss his VDM behavior. Aside from that, the moderators will be talking about the metagaming accusations that he leveled at Summit1g.

Metagaming takes place when viewers give streamers details such as the whereabouts of another player. It is up to the streamer to take advantage of the information or stick to the rule of the server. If xQc’s accusations of metagaming are anything to go by, Summit’s chat likely informed him about the roadblock that xQc had attempted to set up. Watch this space for the latest esports news.