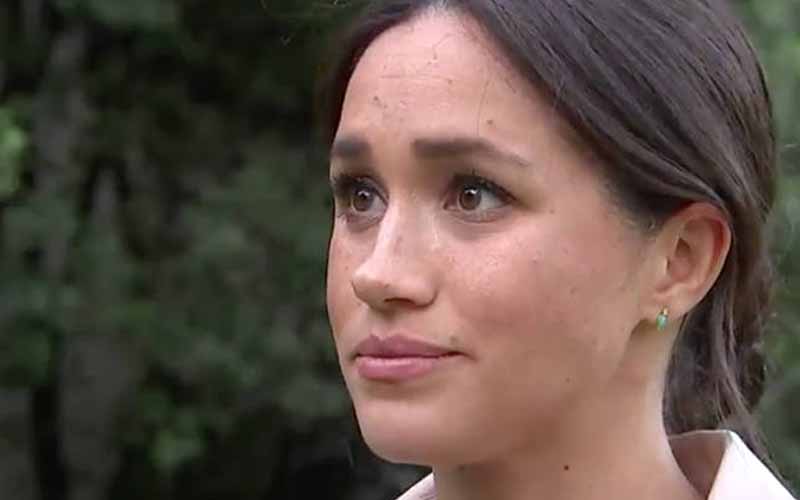 Before she officially stepped down from the Royal Family with her husband Prince Harry, the Duchess of Sussex gave hugs and shared heart-rending words during her final few hours in the U.K.

Meghan Markle gave her final speech to staff in tears, as she prepared to go to Canada after her concluding royal engagement. The 39-year-old Duchess of Sussex cuddled her aides as she spent the final few hours in the U.K. following her and Prince Harry’s decision to step down as senior members of the Royal Family.

She took the last commercial flight of the day to head back home before their son Archie woke up the next morning. Omid Scobie and a few other journalists were invited to her final engagement, which was a private meeting with the Association of Commonwealth Universities scholars.

In the book he co-authored with Carolyn Durand, Scobie wrote about how Meghan used the meeting to bid the final goodbye to her aides at Buckingham Palace. Hugging Scobie, Meghan said the emotional seven words: “It didn’t have to been this way.”

“Staff who had been with the couple from day one were mourning the end of what was supposed to be a happy story: two people fall in love, get married, have a baby, serve the Queen, the end. Instead, they were leaving the country,” Mr. Scobie wrote.

“As Meghan gave me a final hug goodbye, she said, ‘It didn’t have to be this way’,” he added.

The Duchess was understandably sad that things hadn’t gone differently as she prepared to start a new life with her husband in Canada, and later in the United States. Mr. Scobie wrote in Harper’s Bazaar that the tears Meghan had bravely been holding back were free to flow among familiar faces.

Meghan is said to have told a friend, “I gave up my entire life for this family” after she was accused of encouraging Prince Harry to step back. She reportedly said at the time that she was willing to do whatever it takes.”

PrevPrevious’90 Day Fiance’: Yolanda Leak Is Dating A Former ‘Bachelorette’ Contestant
Next’90 Day Fiance’: Angela Deem Breaks Down Ahead Of Her Wedding To Michael IlesanmiNext