Gwen Stefani’s Sons To Play A Large Part In Her Wedding to Blake Shelton: Source 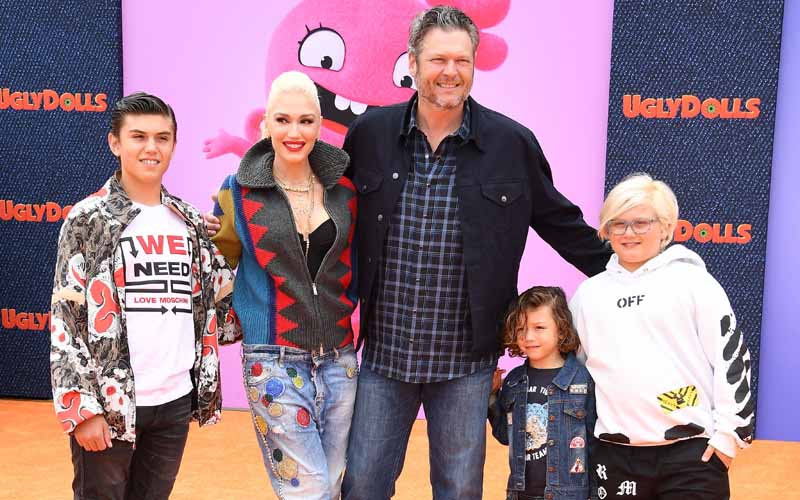 Gwen Stefani and Blake Shelton are gearing up for the impending marriage, which will merge their lives and blend their families – a department that the pair seem to be off to a great start in. A source close to the couple told PEOPLE that the pop singer’s three sons from her previous marriage to Bush frontman Gavin Rossdale, are super excited for their mom’s wedding.

Stefani’s three sons, Kingston, 14, Zuma, 12, and Apollo, 6, will “have a large part” in her wedding to the 44-year-old country music star, the insider added. “Gwen’s sons are just really solid, sweet kids, and they’re so excited for Blake and Gwen to get married,” a friend in the couple’s circle said.

“They can’t wait to stand by their sides,” the friend added. Stefani, 51, announced her engagement to her longtime boyfriend on Oct. 27 in an Instagram post. They first met on the set of The Voice‘s seventh season back in 2014 Both were married at the time, but after their respective divorces, their relationship turned romantic.

“At first they were bonding over their splits and finding light in one another, but they quickly realized they have so much more in common than just going through heartbreak,” the insider explained. “They’re both incredibly close to their families and their lives are rooted deeply in their faith. He just fit so seamlessly into her life, and vice versa.”

“From the beginning, Gwen made it clear to Blake that her boys were No. 1 in her life, and Blake always respected this,” says a source close to Stefani. Adds the friend: “He never wanted to overstep and made sure everyone was comfortable with his role in her sons’ lives.”

While Shelton spent time introducing Kingston, Zuma, and Apollo to a different lifestyle on his Tishomingo, Oklahoma, ranch, where they camped on holidays and school breaks, the No Doubt frontwoman fell deeper in love. “Gwen always gushed about how amazing Blake is with the boys,” the source said.