With Amitabh Bachchan and Ayushmann Khurrana in the lead roles, the much-awaited comedy-drama film Gulabo Sitabo is slated to premiere on June 12.

As India steps into phase 4 of a nation-wide lockdown, the Hindi film industry remains unsure about when it will resume work. Keeping in line with that, theater owners are understandably concerned about surviving the post-lockdown era. To make things worse, filmmakers have begun negotiating with OTT giants to avoid losses. 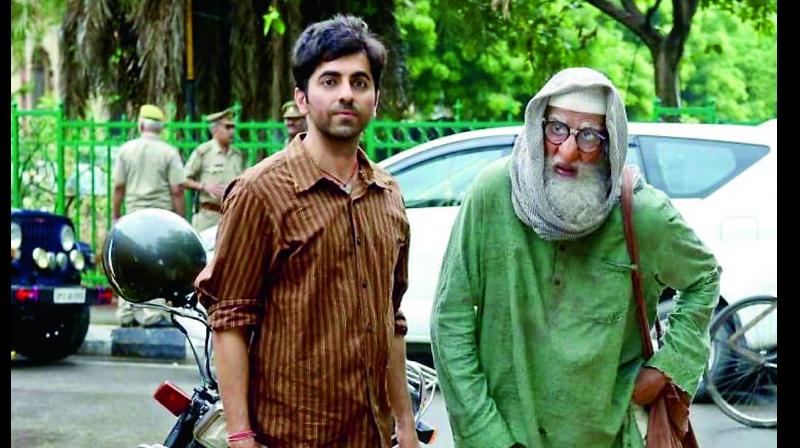 Last week, the MAI (Multiplex Association of India) urged content creators, artists, producers, and studio partners to support the cinema exhibition sector by waiting to release their films only in theaters once they open again. A statement by MAI reads:

“MAI would like to urge all studio partners, producers, artists, and content creators to support the cinema exhibition sector, a vital part of the value chain, by holding and releasing their films in the theatres, once they open again.

“To this end, we urge all studios, producers, artists, and other content creators, to kindly respect the exclusive theatrical window, which has been a time-tested industry practice, agreed to by all stakeholders, not just in India, but even globally, for several decades.”

Shoojit Sircar has become the first filmmaker to confirm a deal with an OTT platform, for his hotly-anticipated release Gulabo Sitabo, the film which was originally scheduled to hit the theaters in April this year. The film will premier on Amazon Prime Video on June 12.