Legendary actor Amitabh Bachchan recently announced that he and his son, Abhishek Bachchan have tested positive for coronavirus and now the wife of Abhishek and a well known Bollywood superstar Aishwarya Rai has also caught the virus.

Along with them, the 8-year-old Aaradhya who is Abhishek and Aishwarya’s daughter has also tested positive. 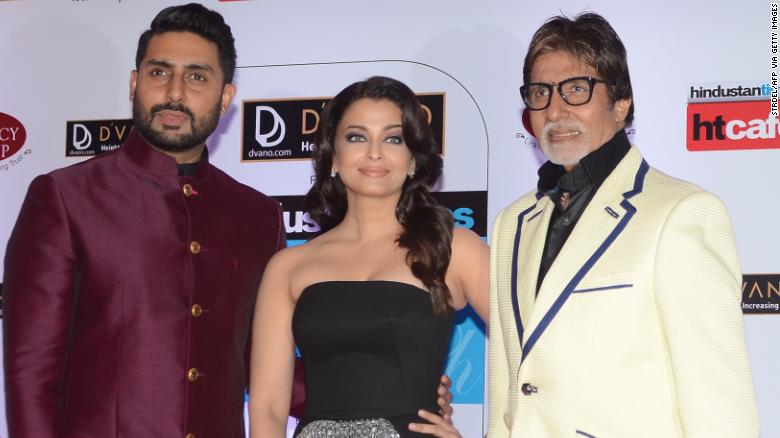 On Sunday, Abhishek had tweeted that Aishwarya and Aaradhya have also tested COVID-19 positive. They will be self quarantining at home. The rest of the family including his Mother have tested negative.

According to Abhishek, he and his father both are tested positive but the symptoms are mild. His father and he will remain in the hospital till the doctors decide. Everyone, please remain cautious and safe and do follow the rules.

Coming back to Aishwarya, in 1994, she was crowned as the Miss World and she made her acting debut in the late 1990s.

The 46-years-old actress soon was known as one of the most famous Bollywood faces abroad as well as in India, she has been a regular on the red carpet at the Cannes Film Festival. Back in 2007, she got married to Abhishek Bachchan.

Abhishek and Rai Bachchan are among Bollywood’s most famous couples and have been referred to as the “Brad Pitt and Angelina Jolie” of India back when the latter was still a Hollywood couple.

In 2004, the Times of India magazine had named her one of the most influential people in the world. In America, she is best known for starring in the 2004 film “Bride And Prejudice” as well as the 2005 film “Mistress Of Spices.”

Aishwarya’s father-in-law Amitabh Aka ‘Big B’, is working in the Bollywood industry for more four-decade-long. In 1999, he was voted ‘actor of the millennium in’ a BBC online poll and became the first Indian actor to gain a lookalike at London’s Madame Tussauds waxworks museum.