90 Day Fiance know about Rebecca Parrott’s Moroccan ex, but they were shocked to find out her ex-husband was a teenager when they met.

90 Day Fiance star Rebecca Parrott was 46 when she first introduced her Tunisian partner, Zied Hakimi, who was 26 at the time. The show viewers were disturbed to discover her Moroccan ex was only a teenager when they met.

The franchise fans were shocked when a photo of Rebecca’s ex-husband resurfaced on the web, revealing the couple’s inappropriate age difference. Rebecca isn’t the only one to date someone significantly younger, but viewers believe Rebecca’s ex-husband’s age crossed the line into creepy territory.

Now 50, Rebecca is no longer in the franchise. She has been spending a lot of money to keep up with her younger husband, Zied, ScreenRant reported.

In her attempt to obtain a more youthful appearance, she underwent cosmetic enhancements and weight loss procedures. She has referenced her Moroccan ex-husband several times on the show, but viewers were disturbed to find out how young her former partner was when they were in a relationship.

One fan posted a picture of Rebecca and her ex on Reddit with the caption, “Rebecca’s ex from Morocco who she doesn’t shut up about.”

Commenters quickly noted how young Rebecca’s ex appeared and actually was at the time of their relationship. “Geez I didn’t realize how young he was,” one fan pointed out.

Another use wrote, “He was a teenager. Not even 20 yet. She’s gross.” Many fans expressed similar discomfort after seeing Rebecca posed with someone who looked like could be her son.

“I always assumed he’d be Zied’s age honestly. But good lord this looks like an adoption picture. His brain hasn’t even fully developed yet,” one commenter added.

“HER brain hasn’t even fully developed yet!” another user stated. Some pointed out that Rebecca’s ex-husband might be even younger than Zied was when he first appeared on 90 Day Fiance.

On top of that, she was in her mid-40s when she dated her ex. They first met when Rebecca’s ex got in touch with her on Facebook for help with his English homework.

Rebecca is known as one of the most insecure individuals in the entire franchise. Do you think her insecurity has to do with the fact that she is dating much younger men? Share your thoughts in the comments section below. 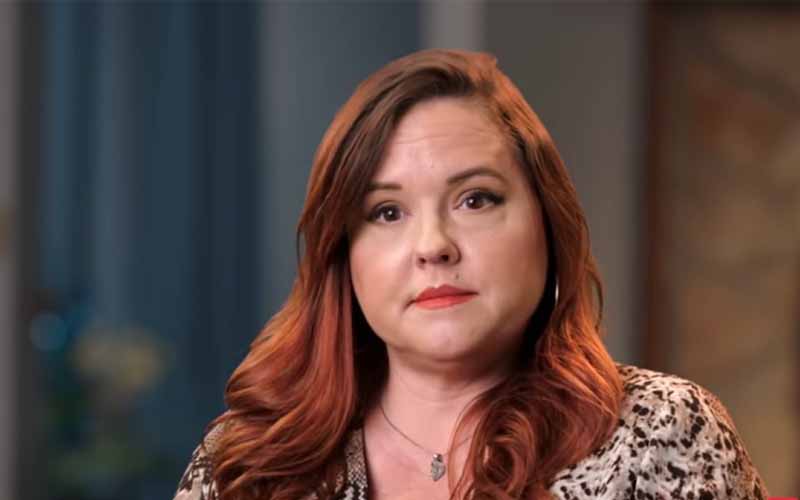 PrevPrevious’90 Day Fiance’: Jenny Shows How She and Sumit Are Staying Cool During The Summer [Photos]
NextMeghan Markle and Prince Harry Hint At Possible Name Contenders For Their Baby GirlNext