1000 Lb Sisters star Tammy Slaton has a new boyfriend named, Mooney Denies. However, fans think he is in the relationship just to get famous.

The new man in Tammy Slaton’s life claims he is with her out of love. The 1000 Lb Sisters star recently made her relationship with Mikey Mooney Facebook official.

To recap, Mooney’s own friend asked why he was with Tammy. Mooney took the opportunity to put rumors that he was with her for notoriety to rest.

Mooney has been gushing over his girlfriend on social lately, as per a report by The Ashley. His latest Facebook post reads: “Words can’t even express how safe and loved I feel when I’m with you I’m forever grateful for everything you do my love. I love you so much,”

Last week, he wrote, “Cheers babydoll your the best thing to have ever walked into my life.”

The couple has previously made appearances together on social media. To recap, Mooney revealed that he was traveling to Ohio in May.

Meanwhile, Slaton is in a rehab in Ohio for food addiction. She’s gearing up for her weight loss surgery. Moreover, she has reportedly stopped smoking, drinking alcohol, and eating junk food in rehab.

Mooney shared a photo of himself and Slaton holding hands during the visit. He captioned the post, “No matter what we go through babygirl I’ll remain by your side holding your hand through it all, good and bad times I’ll be right there guiding and pushing you and us to our goals in life.” 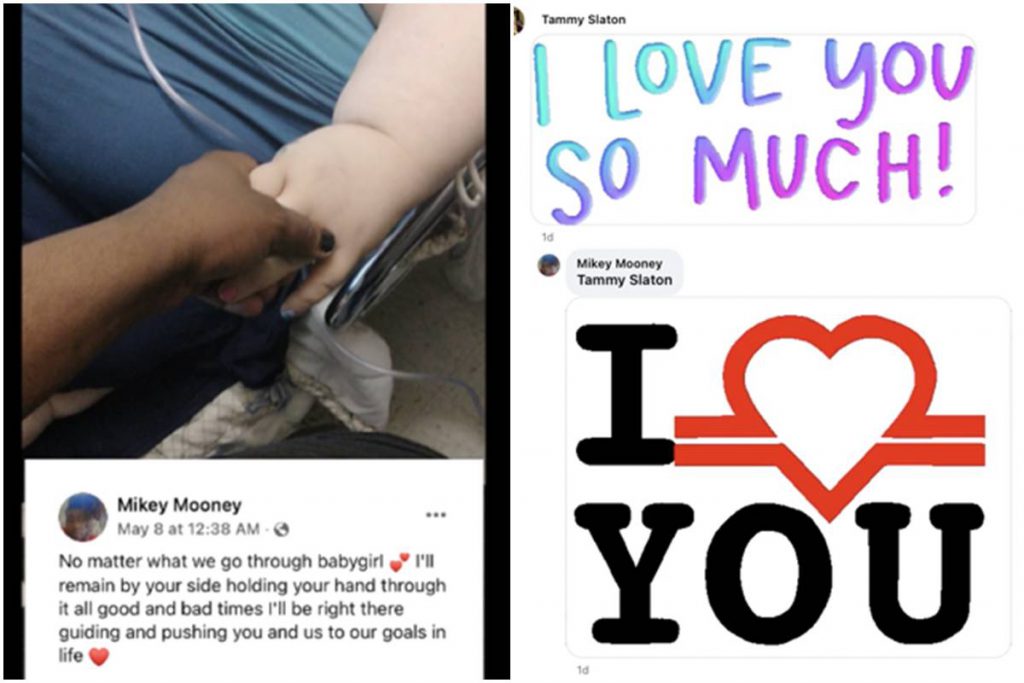 Mooney’s friend accused him of being with Slaton for clout. “How the hell did this happen? You trying to make it into Season 4 [of “1000 lb. Sisters’] or something?” a friend of his commented on Mooney’s relationship status change.

Watch this space for the latest updates on 1000 Lb Sisters!